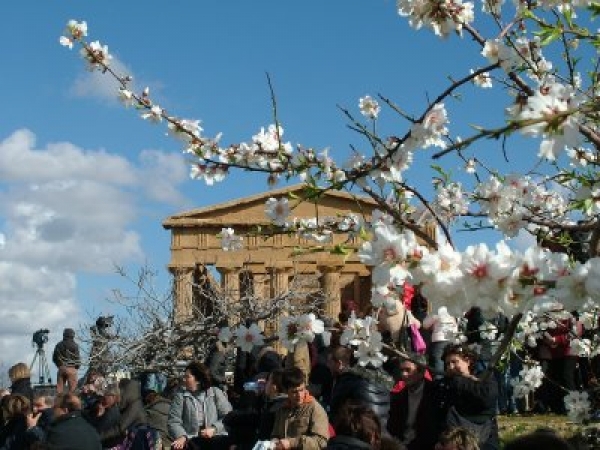 Agrigento with its Valley and its renewed cultural liveliness has been the venue and witness of significant events of international importance.

The most recent appointments of the Google convention, the Dolce and Gabbana stylists, the Targa Florio, the Almond Blossom still represents the only real structured and systematic opportunity of international projection of the city, its traditions and its ultra millenary history. However, it experienced a spectacular event, an expression of famous ancient legends. Still, it has not yet taken root its most profound meanings, the values it conveys in a practice of real exchange between all cultures to which the Almond Tree offers the opportunity to confront and get to know each other.

The Almond Tree, therefore, must incorporate socio-cultural paths, experiences of exchange between people of different ideas and colours through spectacular stages that are the representation in music, costumes, dances of a part of history that each group represents on the scene.

The Festival concretely realizes a unique opportunity for international exchange which is, however, in reality, objectively urban.

The program of the 75th Almond Blossom, therefore, wants to maximize the city profile of the event. Enhance the territory of the metropolitan area, reaffirming its international character, identifying Italian, Sicilian, European, intercontinental artistic experiences that come together in a festival that is yes show, self-telling through traditional music and dances but also wants to be much more. 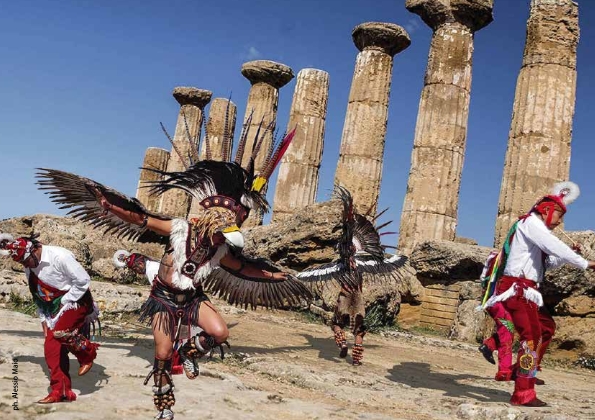 In this way, on the one hand, the opportunities towards the territory are valorized, on the other hand, the contribution that many cultures can offer for the growth of universal citizenship of which Agrigento should become the standard-bearer. And it could not be otherwise in the year 2020 during which we celebrate the 2600 years since the founding of the city.

The opportunities offered to the territory of Agrigento will result in a systematic presence of groups in all areas of the city. It will not be the Festival of the city centre, but of all the inhabitants of Agrigento.

Besides, the performances of the groups will take place in three different structures, Pirandello Theatre, Livatino Hall, Palacongressi, in so that groups can express their art in the best possible way, at the right place and at the right time, esthetic experience and the viewers to enjoy it.

The program gives an analytical account of the entire organization. The UNESCO intangible heritage finds, of course, finally, their right and precise place in the space and time of the Almond Blossom.

The synthesis between the two sides of the Almond Blossom, the so-called glocal, is effectively achieved if the other cultures are closely related to the cultures of the people of Agrigento and the many visitors, both Italian and non-Italian, who in turn are the carriers of own cultural instances. 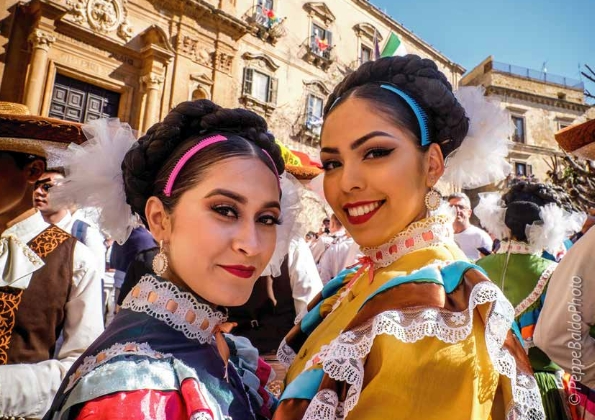 fun, sea and culture for your holiday